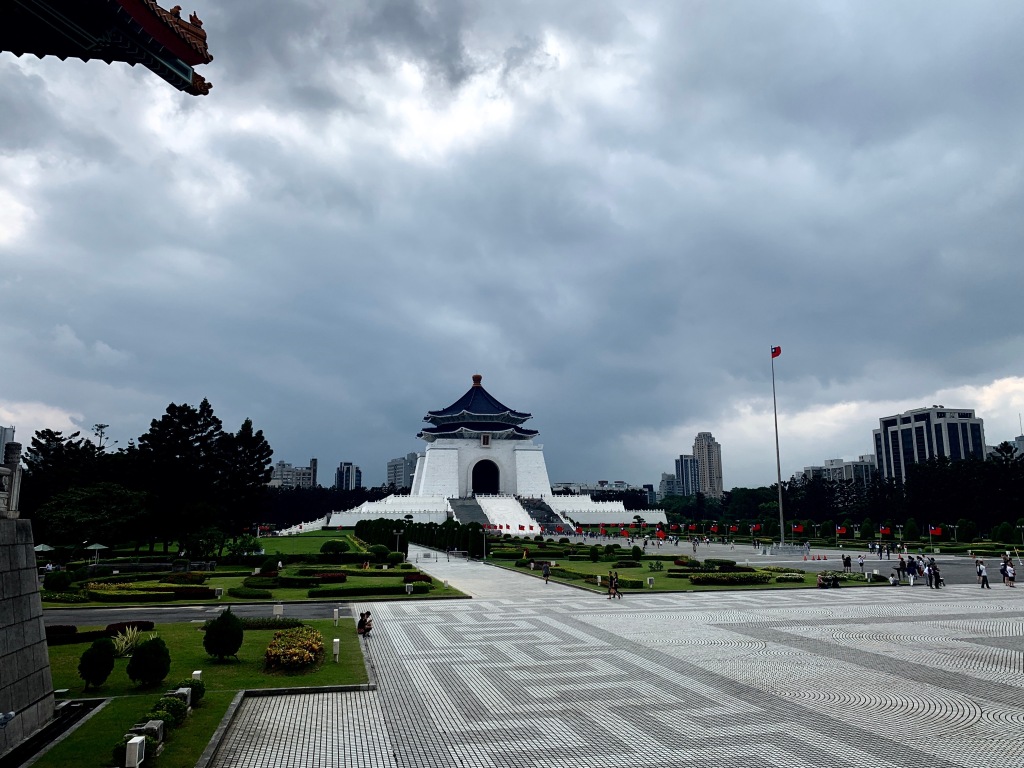 The most prominent historical landmark in Taiwan, the CKS Memorial Hall was built in honor and memory of the General Chiang Kai-shek, the former President of the Republic of China. It is seen as a national park and gathering area for everyone.

The story behind Chiang’s statue stands for „Ethics“, „Democracy“, and „Science“, and the inscriptions on the side read says, „The purpose of life is to improve the general life of humanity“ and „The meaning of life is to create and sustain subsequent lives in the universe“.

What I saw and expected, where two complete different things. The first impression, when I was walking through the gate was, WOW! It’s so clean here AND oh my, look at those children soldiers… There was a kindergarten with little kids, they wore military clothes and stood in a line and were showing the group of people (they were gathered around them) few trainings. On the one side I was impressed and in the other a little shocked, because, I saw a lot of documentaries about kids and those military school, how it forms their thinking and beliefs. But each his own, the parents send them and lot of them want to teach their kids discipline and respect.

The area was enormous BIG! Attached to the Memorial Hall there were two National Theater & Concert hall, and on that large space, between those two buildings, there was a music training with 100 of people playing an instrument. This was so impressive!

This was a trip in the morning, 2.5 hours were enough to go there from our district and explore everything. After this, we went to the Taipei 101 building, more in my next post!

iThere are no comments

Welcome to my world

Welcome to Julyeight, a Lifestyle blog based in Switzerland. My name is Jashica and I’m 28 years old. Julyeight represents my personal diary and a place where I share my lifestyle, travel adventures, fashion and my daily thoughts. I also wanted to create a personal space, where I can share contents with people who have the same interests as I do.

Be brave and step out of your comfort zone

Experience something new with me.März 18, 2022
Let me take you to Milano, in Italy
Follow Travel & Lifestyle on WordPress.com

If you like to work together – leave a message or write on Instagram, I’ll get back to you within 24 hours.

Let me take you to my other pages

Begin typing your search above and press return to search. Press Esc to cancel.